It’s the Bank Holiday and I’m feeling well-rested and stress free. Last week I was completely stressed out at work and had to take a day off otherwise I would’ve popped like a balloon. I haven’t been like that not in a long time, but I now know the signs when my body is tell me to STOP and pause. I’ve realised that you’ve got to put yourself first before anyone else (yes, I truly believe in that); your mental and emotional wellbeing is so important especially during these crazy times. My plan for the next two weeks are as follows: lots of cooking, looking after the garden, buy more houseplants, annoy the cats, make more art and to update my Etsy shop. Also, if you’re interested in donating artwork to our fundraiser please email me or drop a comment below. 👇

With that, the topic of conversation today is: NFTs. I’ve wanted to write a post about it for quite some time now since Beeple (Mike Winklemann) made a gazillion dollars via Christies about a month ago- and it really blew up on the Internet. 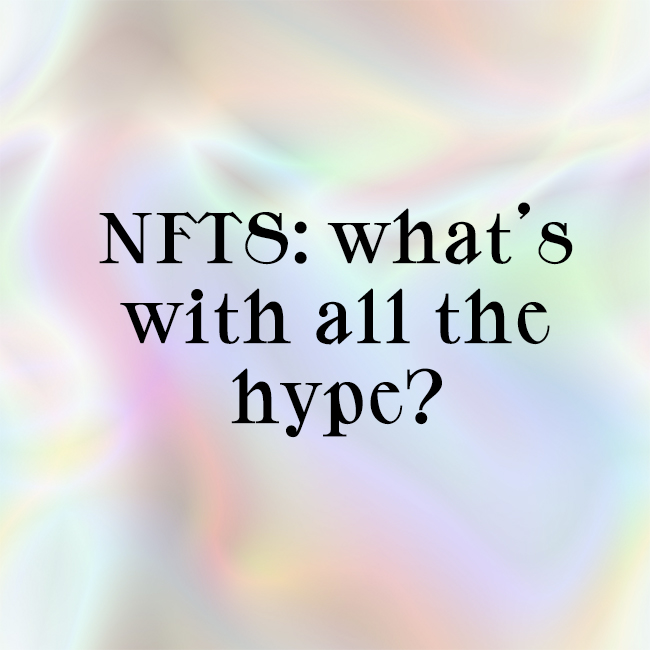 Just for clarification, my knowledge on NFTs are so-so, but from what I’ve read I sort of understand it. In fact, my main interest is that how it has simply changed the nature of how we consume art in a digital format (also, it seems to have this super rare aura around it- I will get round to that part later on). Bare with me here readers as I’ve not written a long post for ages, so my thoughts maybe quite sporadic!

So back to Beeple. When I read about it I was literally like ‘WTF’. Who the heck pays $5mill for a JPEG? Whilst I’m not the biggest fan of his work, to me it’s just another form of capitalism rebranded in a shiny way to entice people to buy into it. A lot of people would argue that it gives artists the opportunity to join the digital arts market with minimum risks and to make money from their art. Which, yes, we need to eat and pay the mortgage. I have nothing against artists choosing the NFT route because crypto art is something new.

There are several things that interest me about it though: what does original artwork mean, what makes a piece of art ‘art’ in the eyes of a capitalist society dominated by new technology and social media, who gets the final say? The artist or the audience?

What makes an original piece of artwork?

The idea that when something is original it cannot be replicated and that originality comes from the artist who made it in the first place (sounds like a marathon, doesn’t it?). The original is meant to represent the absolute truth and the final say. That in itself defines what ‘real art is’ and already sets the standards/hierarchy within the fine art world.

High culture has always adored and assigned true value to a piece of artwork that has been signed and dated by the artist, verified and classified by others who reaffirm the assumption that this is one is the real deal and nothing else can come close to it. It’s funny though because the idea of authenticating an object seems ridiculous because true value attached to (I call it art-object now) an art-object is defined by the collective audience who have similar values, class background, educational background etc. This process in itself will ramp up the monetary value of the art-object once it is presented in whatever format (in this current age).

When an art-object is copied though, the original loses its high value in the art world. Once copies are made the original no longer has any meaning and it becomes self-referential. And in this day and age when art-objects are constantly duplicated, distributed, consumed and the whole process is repeated until there is nothing left of the ‘original’. By that the copies become so distant from the original that there is no meaning or value to it.

Because in short, it’s that though. The whole ‘minting’ process to authentIcate a jpeg just reinforces this idea that it makes it seem like it’s even more special- a one of a kind original artwork. The value of the work becomes even more precious, thus belonging and justifying the capitalist system the art world belongs to.

What is art in the eyes of a technologically and social media driven world?

High art in our modern day visual culture has always been defined through the hierarchy of the art world. An artist’s name is like a form of branding whereby value, artistic merit and how collectable their works are all defined and shaped by a collective consciousness of thoughts over time.

Digital art though, it seems like it has changed the game to a certain extent. Why would an oil painting, for instance, would be more worthy than a 500 x 500 pixel meme? A meme is an instant consumable/gratification shared around hundreds of times over- a form of modern day pastiche. Whereas an oil painting stands the test of time in a gallery, somewhere permanent and fixed, or a private collectors collection.

When you think about the idea about the value of art, it’s also about the process of how it is made which I think the reason why Beeple was a bit of a head turner in the sense that it turned the art world topsy turvy because how could a digital jpeg be seen as more worthy in comparison to the past forms of art which high culture has always admired?

Who gets the final say: the artist, the audience or the creators of these NFT websites?

I would say that this part kind of splits off so do bear with me here.

The first division NFTS creates is that in order to sell your work you have to sign up with a website that’ll be able to sell your work via cryptocurrency. There’s a few out there so I suppose you would probably have to jump through the signing up process by giving them small details about yourself etc. There seems to be a certain style they’re going for at the moment (I don’t think my birds and flower images would do well, sad face). Because you have to be approved first which in itself means that already the definition of what is seen as ‘good art’ for these sites are determined by the people running it. I had a quick look on Foundation; they’re selling this brand new idea that what they’re doing is something visionary in this digital age, yeah I totally agree that our lives have dramatically shifted online but is it truly a game-changer?

"The rectangle becomes a place
where love and horror intertwine
until I can’t tell them apart."
Rectangle, a short film by @julianbrangold is now live on SuperRarehttps://t.co/leP2aRZLan


The concept that anyone can be part of it and it’s not limited to your artistic talent, well, it kind of is if you have to be approved in the first place. I just see it like eBay but using cryptocurrency to make bids- or am I a complete simpleton here? Do let me know what your thoughts are in the comments below.

So, who has the control or final say? There’s this idea that there are no boundaries within crypto art and that anyone can be part of it, Foundation call it ‘a cultural shift in paradigm’. The value of the artwork is determined by the audience NOT the artist, so if you made a GIF you might think it’s this much but of course the value is detached from the artist as it’s completely driven by the bidders (which is the whole point of NFTS).

Foundation have written an article about why we should collect digital art, which you can read it here.  I would like to hear what others think about the future of art, where it’s heading, the role technology has to play etc.

Thanks for reading as always and enjoy the start to your week! 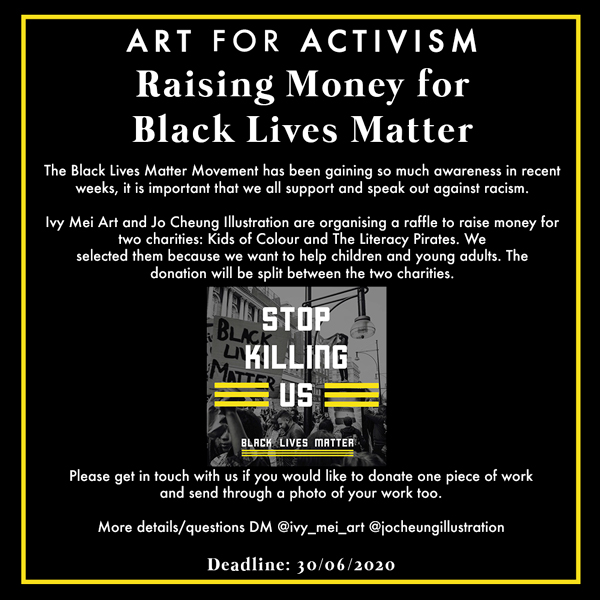 Call out for Donations: Raising Money for Black Lives Matter